Back in the Day

Posted on: August 30, 2016 • Originally published in The American Bystander 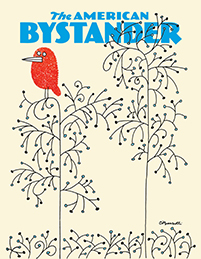 
 Back in the day, we specified the precise date. Nowadays, when someone says “back in the day,” they really mean “roughly somewhere between the Big Bang and last weekend.” No one memorizes dates anymore—not because they can just ask, “Siri, when was the War of 1812?”—but because today’s Gregorian calendar (created by legendary actor Gregory Peck, says Siri) is completely out of whack. 

 October is the tenth month of the year, even though the prefix oct- means “eight”—as in octopus, octane (eight carbon atoms), and Octomom. Just as October should rightfully be the eighth month of the year, November (from the Latin novem, meaning “nine”) has no business being our eleventh month, nor does December (from the Latin decem, meaning “ten”) have any right masquerading as Duodecimber. Our civilization is teetering on the brink of disaster because the calendar is running three months late. 

 We could easily straighten this out by designating March the first month of the year, which would make January the eleventh month and February the twelfth month. Of course, this slight adjustment will force us to observe the Fourth of July on Labor Day, celebrate Halloween on Christmas, and watch the Super Bowl on the first night of Passover. What’s more, we’ll get to celebrate New Year’s Eve on the last night of February, creating a whirlwind of confusion once every four years on Leap Year, adding to the excitement. 

 The holidays have never made any sense whatsoever. On the Fourth of July, we’re supposed to celebrate America’s independence, but how do we do that? We eat hot dogs and hamburgers (both invented by the Germans), sauerkraut (again the Germans), mustard (developed by the French), ketchup (created in India), watermelon (which originated in Namibia), and enjoy parades (pioneered by the Romans) and fireworks (invented by the Chinese). When you really think about it, we should call the Fourth of July “Dependence Day.” The fireworks aren’t really a celebration. They’re a cry for help.